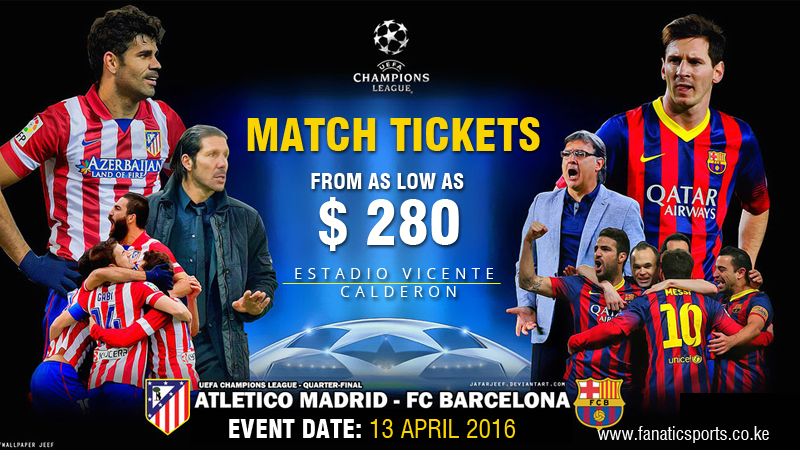 Barcelona have a perfect record against quarter-final opponents Atlético Madrid they have won the last six matches between the sides, including two 2-1 Liga victories this season. Be there to witness as the two spanish teams try to out do each other.