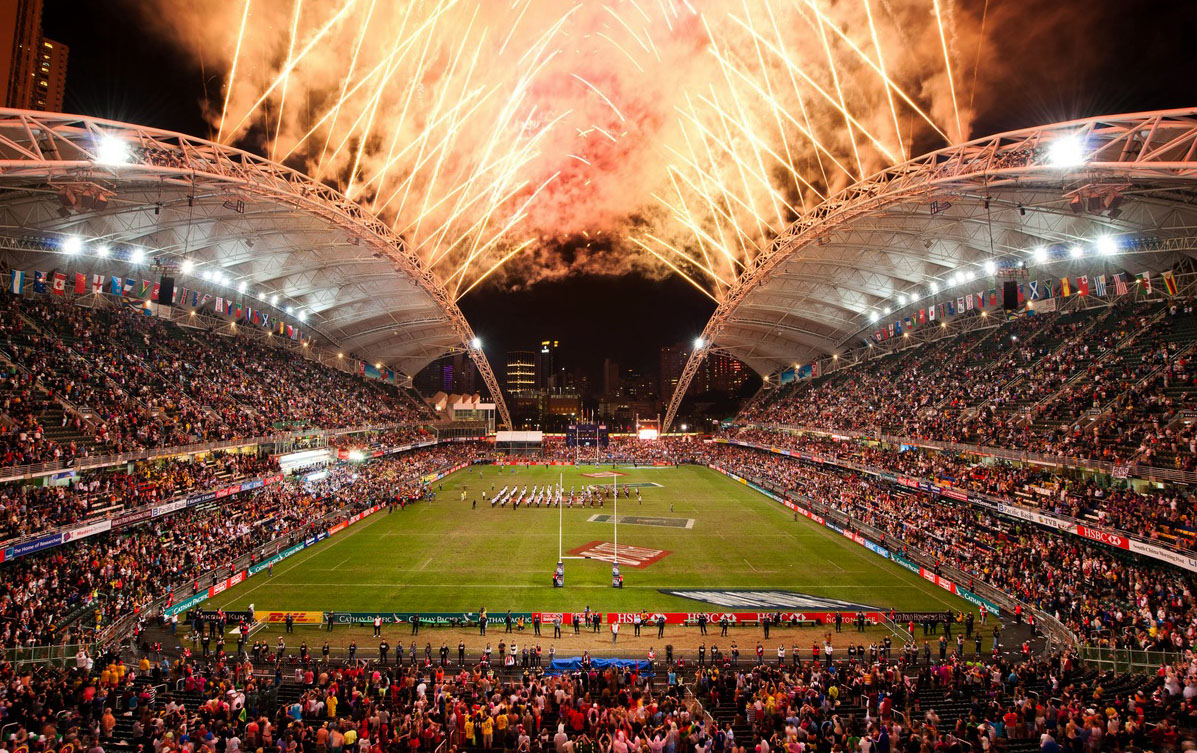 The HSBC Sevens World Series tour touches down in London for the HSBC Sevens Rugby at Twickenham in 2017. Get ready for a weekend of high class sevens all wrapped up in a party atmosphere at the world famous Twickenham stadium. It’s the penultimate let of the IRB Sevens World Series with 16 international teams participating in the two day tournament.

As well as world class Sevens on the field the London Sevens offers a unique off the field atmosphere. The carnival like atmosphere is unlike anything normally seen at Twickenham. You are more likely to run into a man dressed in a superman costume than a barber jacket, which is more customary in London.

Guests can enjoy official London Sevens Rugby hospitality packages where you can relax in the superb corporate facilities whilst enjoying the feast rugby on display. All this is combined with the vibrant atmosphere and sense of occasion that goes hand-in-hand with Twickenham hospitality.