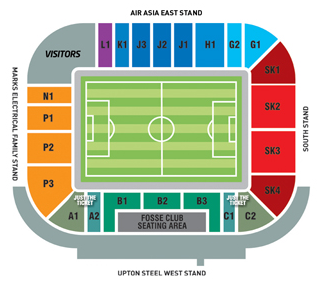 Leicester City have been drawn to face Spanish outfit Sevilla in the UEFA Champions League last-16 after qualifying for the knockout round of European football’s platinum competition as Group G winners. This second leg will be staged at Leicester City Stadium.

Get ready to watch your favorite team in action and some of the best moves of the year! Get hold of your tickets and have an unforgettable time! Your favorite team is waiting for your support at Leicester City Stadium, so don’t let anyone down and join the crowd!