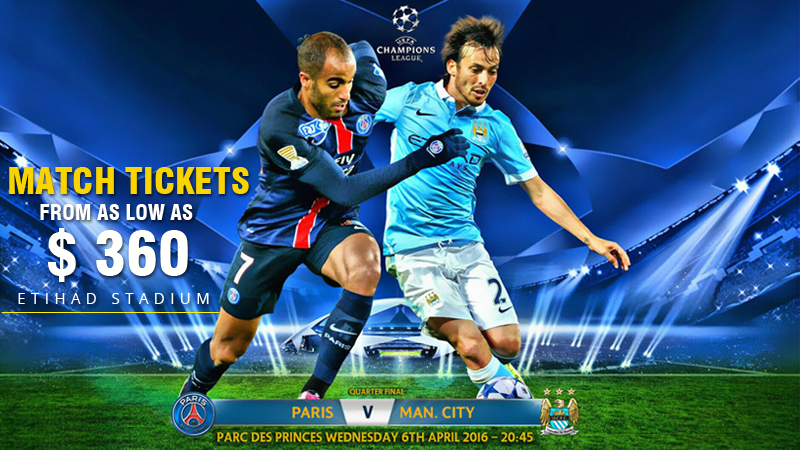 Manchester City takes on PSG in the Champions League 2016 Quarter-final, Game 1. Buy your official UEFA Champions League tickets  from as low as US$ 360 and sports hospitality package from Fanatic Sports Travel.

Getting past PSG and into the semi-finals of the Champions League will also prove no mean feat – City and PSG have met just once before, playing out a goalless draw in Manchester during the group stages of the 2008/09 UEFA Cup.